Our next author interview is with Dave Watson. Dave’s debut novel In the Devil’s Name was published in 2012. His second novel Wolves of Langabhat is due for publication later this year.

Dave, please tell us a little about yourself.

Well, I’m thirty-seven, and live in a little village on the west coast of Scotland with my wife and three year old son. I just graduated from the University of Glasgow, getting a joint honours degree in Digital Media and Music, and am currently paying the bills working as a tech support analyst and guitar teacher. I play in a band called Mojo Dodge with three other guys who refuse to grow the hell up, and try to keep the onrushing middle age blubber at bay by playing badminton once a week. I’m into good TV (favourite shows are Game of Thrones, Walking Dead, Mythbusters and Vikings), nice food (tacos – gimme), and the occasional all-night drinking, smoking, chess and music bender with friends. Sometimes I write stuff.

Your debut novel, In the Devil’s Name, became one of Kindle’s Free Store best sellers, what is the novel about?

It’s sort of based on the legend of Sawney Beane, who in the sixteenth century was said to have lived in a coastal cave in south west Scotland with his large inbred family. Story goes that the brood made their merry way in the world by snatching people from the road above their cave, then robbing, killing and eating the poor buggers. I’ve kinda tied that in with a story about four teenage boys who’ve just finished high school and decide to celebrate with a camping trip and a lot of drugs. It’s a story about friendship, growing up, the bonds of family and finding oneself. Sort of a light hearted coming of age bittersweet comedy, interspersed with scenes of narcotic abuse, extreme violence, cannibalism and demonic manifestation.

Where can people buy In the Devil’s Name?

Right here… if they dare!

Do you read reviews of your book? If so, do you pay any attention to them, or let them influence your writing?

I love reviews! I guess it’s just because I’m relatively new to this whole writing thing that it still tickles me when people take the time to write about my stories. I do pay attention to them, as I know I’ve still got a lot to learn, and the best way to do that is to know what you’re doing right, and probably more importantly , what you’re doing wrong. I wouldn’t say I change my writing style because of reviews, but I definitely take heed if someone says something that catches my attention.

I understand you have been likened to another Scottish author, Christopher Brookmyre, what do you feel are the similarities in your writing style?

Ha! To be honest, I wouldn’t know as I’ve not actually read any of his stuff, though he is on my ‘to read’ list as he’s apparently really good. From what I’ve heard other people saying, he’s in to snappy dialogue, realistic characters and humour, which are some of the things I aim for myself, so maybe it’s that?

What were the biggest challenges faced by self-publishing and how did you overcome them?

The actual act of putting the books up on Amazon was pretty easy to be honest, though the formatting part takes the best part of a day if you’ve not done it before. I think the main difficulty is in just trying to stand out in the crowd as there are so many other wannabe writers doing the exact same thing. To try and get an audience, I basically became my own overworked publicist, hitting up any writing websites I could find that would let me put up an advert, spamming the sh*t out of everyone I know with emails, phoning newspapers trying to blag an interview, contacting indie review sites for write ups, and calling libraries and bookshops seeing who’d let me out up posters.

What importance do you place on cover design and why?

I think covers are more important for new unknown writers, as no one is going to pick up your book because of your name or the title, unless of course you have a totally badass name and a mind bendingly awesome title. A good choice of graphic and colour scheme to catch peoples’ eyes is crucial to those just starting out I think, though I can’t really speak with authority as the cover for In the Devil’s Name is one thing that has been criticized as being amateurish and generic. Well, sue me! I like black and red, and couldn’t afford an illustrator, so I drove down to where the damn caves were supposed to be and took some pictures with a cheap digital camera. My wife wouldn’t let me actually climb down to the beach though…

What were the challenges (research, literary, psychological, and logistical) you experienced in writing In the Devil’s Name?

Mainly just finding the will and desire to actually write the thing. It really started off as a sort of personal experiment to see if I could actually write, as I’d scribbled a few stories as a kid, and one or two teachers in school had said I had something. All in all, the book probably took about ten or eleven years, writing a chapter or two every now and again, sometimes with years in between. For a while I wasn’t sure I’d even finish it, as I had no idea if it was any good or not, but I kept coming back to the story as I couldn’t get the characters out of my head and wanted to see what happened to them, as I personally had not the faintest idea. It wasn’t until about seven years ago when I nervously posted a few chapters online and people started telling me they thought it was good that I thought I might actually get to the end. The big turning point though, was meeting Louise Welsh, who in early 2012 was the writer of residence at Glasgow uni. I showed her what I had down and she basically told me I that yes I could write, and had to finish it. A few months laterit was done, and the challenges were in learning how to edit, write blurbs, condense 90k words into a one page synopsis and getting my head around all the subtleties and rejections of the submission process. Fun times.

How important do you feel it is for authors to have a strong social media presence?

Again, depends on if you’re established or not. Guys who’ve been around for years and already have a huge fan base can get away with not having a Twitter page, but I think for the new guys, word of mouth just isn’t enough anymore. Get yourself connected, as they say.

What social media platforms do you use to promote your novel and why?

Do you ever experience writer’s block? If so, how do you overcome it?

If we’re talking about just having random days when the words won’t come, then sure. I’ll down a few cups of coffee and smoke a few cigarettes and see if that gets the mojo going, but if not, I find it best to just not force it, walk away from the keyboard and come back in a few hours or the next day when you’ve thought of something worth saying. I can’t really say I’ve experienced anything long term in the way of ideas drying up. There’s always something weird rolling around, often cackling maniacally, in my melon.

What advice can you offer new writers?

Don’t have a half-arsed approach to getting yourself noticed. There’s a lot more to publicising yourself than spending ten minutes setting up a Facebook page and waiting for the likes to come pouring in. And be wary of so called “publishers” who take the bulk of the royalties but do nothing more than what you can do yourself through self publishing. Other than that, I still consider myself a new writer, so I’m a little shy on pearls of wisdom I’m afraid. Just have fun, try and be original, and read the agent/publishers guidelines carefully when sending out submission letters. Most of all, don’t get discouraged and chuck it in after your first few rejections. If you can’t handle rejection, you’re in the wrong game I’m afraid.

I understand your latest novel, The Wolves of Langabhat, has generated quite a lot of interest from Indie Publishers, how is this progressing?

Well, in the last couple of months, I’ve managed to get picked up by a pretty decent literary agency who’ve got writers like PD James and Bill Bryson on their books, so my agent’s planning on submitting The Wolves of Langabhat and In the Devil’s Name to big six houses this year. This has put me in the very weird position of having to write rejection emails to the smaller publishers who’ve offered me contracts, which after building up a very impressive portfolio of rejection letters myself, is totally bizarre.

Well, I tore a calf muscle playing badminton last night, so my immediate future involves painkillers, ice packs, physiotherapy and lots of quality time of the couch watching the World Cup. Other than that, I’m traveling down to London next Friday to meet my agent for the first time, then I guess we’ll be working on tidying up my books and planning a strategy for hitting the big houses over the summer. I’m also starting my masters degree in creative writing in September at Stirling University.

A graduate of the University of Glasgow where he studied Music and Digital Media, D. A. Watson’s writing has been published in The Gothic Imagination, Wyrd Books, Glasgow Inner Circle, Career Addict, Sugarpulp and Dark Eclipse. His debut novel In the Devil’s Name and short story Afterburn were published on Amazon in the summer of 2012 to widespread critical acclaim, both becoming Kindle Free Store bestsellers. A client of Greene & Heaton Literary Agency, his new novel The Wolves of Langabhat, a semi-historical epic involving Vikings, werewolves and rock n’ roll, is currently under submission with several major publishers. He lives with his family in Western Scotland.

“Dave Watson is the Christopher Brookmyre of horror. He knows his genre and he’s not afraid to subvert it. Readers, on the other hand, will be very, very afraid.”
-Louise Welsh, author of The Cutting Room

If you have any questions for Dave W, about his books or writing in general, please post them below.

0
Tags
In the Devil's Name 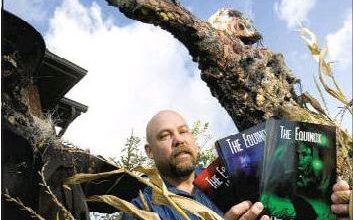 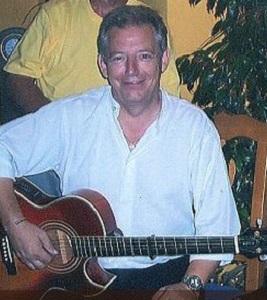 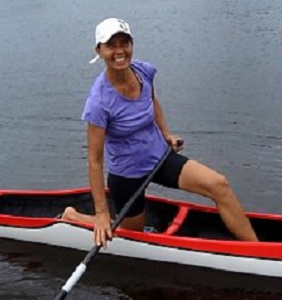 November 5, 2016
Check Also
Close
Interested in writing? Click the image below to join our community for critique and support.