Do Cyborgs Dream of Death and Roses

When I entered the cell, the prisoner was asleep. It’s a quirk of my wiring that sleeping humans do not seem alive to me. I wish he hadn’t woken up. It would have made it easier.

The smell of cigarette smoke still lingered in the cell. Some interrogators smoke, even though it’s illegal, but nobody bothers them about it. No one wants their job, after all, and bots are no good. We break too easy. We’re sensitive.

I opened the compartment in my arm and found a syringe. I tested it; it was good.

He opened his eyes. He turned white when he saw the syringe. “Wait … please … I just woke up. I want a little time …”

I nodded curtly. He stood, stumbling a little, and edged past me, towards the other end of the cell. He traced his hand on the wallpaper like he was trying to memorize its pattern. It was ugly, I thought, a monotone of gray and faded pink florets. But he seemed to be treasuring it, the way his fingers moved between those silly spreading petals, his nail following each superfluous curlicue. He was singing, too, very softly so that I could only catch a few words—something about being rejected and alone, and a rose trampled on the ground. It sounded sad.

When he reached the end of the cell, he stopped, and, still facing into the wall, said,

When I didn’t respond, he continued:

“There’s a policy. You should know. Termination consent. You can’t kill anyone who doesn’t want to die.” His voice broke.

There’s nothing in my programming for lying. We don’t need it. There’s lucidity at the end, always. “For publicity,” I said. “I think you would know that.”

“I … I do. I thought, maybe, with droids … that the law could override direct commands, automatically, or something.” He trailed off. “Stupid.”

“It’s a funny kind of freedom,” he said, and coughed. His face contorted strangely; he was angry, I realized, but too
frightened and tired to shout or cry. “A funny kind of freedom, where you’re thrown against the wall, over and over, and they pump your body full of drugs and take your fingernails” —he held up a bruised hand— “Until you’re out of your head. I can’t think, can’t remember any Greek or Latin, nothing but the same three songs, and one’s Highway to Hell, for Christ’s sake. Stupid song. Derivative riff. Only good for when you’re on your bike and breaking the speed limit …” He shook his head. “What am I saying?”

“I looked at your file,” I said slowly. “We are very frustrated with you. You have not offered compromise—not even in a semi-conscious state—no information, not one name.”

A smile split his face. “Good. It’s gotta be miraculous, of course,” he continued, musingly. “I’m a terrible coward. I take stupid risks, I go too fast—I sent horror movies to the president’s son! —” His eyes lit up, the ghost of a laugh. “—But when it comes to it, I’m just shaking. Can’t think. Feel like I’m gonna throw up.”

The fluorescent lights hummed in the following silence. Eventually I said, idiotically, “Horror movies are illegal.”

“I suppose,” I said after a moment. “The two behaviors are one and the same.”

“Rebellion and love? I guess!” He laughed aloud. Then he grew sober. “You … I guess … can you love?”

“There’s a little part of you that’s human, isn’t there?”

He was right. They use a percentage of human brain cells in us, mostly to aid socializing and problem-solving. I nodded.

“Tell that little part of you … I forgive them.”

“Because I want to die free.” His voice broke again. “I said confession to the wall this morning, and it echoed back to me my penance—a rosary, and prayers for every man who tortured me. I tried, but I couldn’t remember them all.” He stared at the needle in my hand. “Then I fell asleep.”

Something stirred in me—maybe it was the memory of whoever once owned a corner of my brain, knocking, knocking at synthetic synapse doors. “Are you religious?” I said abruptly.

He stared at me. I thought maybe he hadn’t understood. “Religion,” I said. “It comes from religare ‘to bind,’ to supernatural constraint or practice. A loss of freedom …”

“There’s lucidity in the final moments,” I said. “And utter lucidity in death. You see, you hear, what people really are. They say what they’ve been really meaning all their lives.”

My voice was cold—I didn’t sound like myself. “There was this man—this old, corrupt, hardened criminal, one of the drug ring leaders, you know—and when he broke he kept on saying, I’m lonely, I’m just so lonely. And I knew, you understand, that it was this he’d been saying all his life—every crime, every gunshot, every woman hurt—that’s what it was saying, just no one knew it. He didn’t know it. Only I knew it, at the very end.”

“Are you asking me what I mean?”

The prisoner fell against the wall, tears on his cheeks. “Maybe something like this …”

And again, his voice hoarse and off-key, he sang the song I thought was so sad. Except this time, he was smiling. “… Like a rose trampled on the ground, you took the fall, and thought of me, above all.” He still trembled, but there was steadiness in his jaw, and twin fires burning in his eyes.

I only felt wrenched, like the human heart I didn’t know I had was breaking.

N. C. Krueger is an author/artist from the Twin Cities whose work has been published in Embers Igniting, Blue Marble Review, Alexandria Quarterly, and The Tower. She derives joy from freezing temperatures, black metal, the upcoming apocalypse, and earthworms.

Flash Fiction: Jumpin' at the Go-Go by Andrena Zawinski 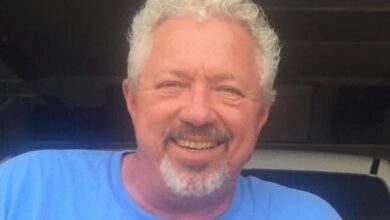 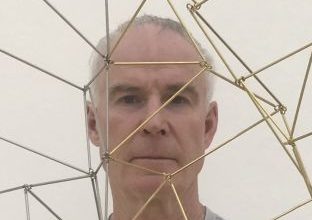 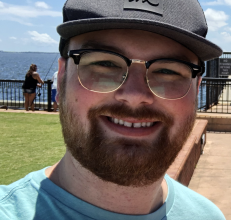 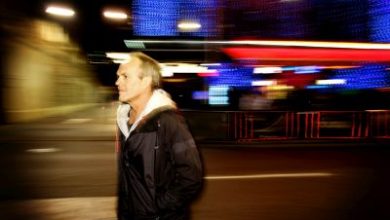 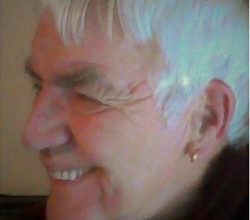 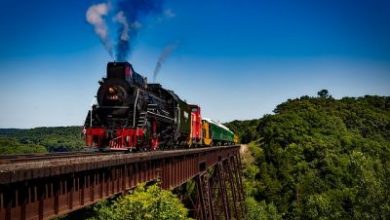 June 21, 2020
Check Also
Close
Interested in writing? Click the image below to join our community for critique and support.