by Frank Weeden is one of the winning entries chosen from WritingForums weekly ‘Lean and and Mean Prize Flash Fiction‘ challenge.

The kitchen is really the heart of the home, I’ve heard it said. In other homes I’d visited, everyone gravitated toward the warmth, the light, good smells, and good cheer of the kitchen.

In my own home, no one gravitated, no one gathered, and there was no good cheer to be had. In our kitchen, there was no warmth, no light, and the only smells were those of fear, adrenaline, and panic. Oh, it was clean enough. Everything was so wonderfully, awfully—even terrifyingly—organized. The knives and cleavers shone wickedly from their magnetic holder on the backsplash. Every stainless steel, stone, and tile surface gleamed madly.

Whenever I entered, it was always with a feeling of fear; even reverence. There was never any raiding of the refrigerator. I wouldn’t even come into the kitchen, but for the fact that it was a quick shortcut to the other end of the house, whenever my mother was experiencing earthquake weather.

Earthquake weather… This was how she described it. She would start out with a horrific migraine that would last 3-5 days, and she would have absolutely no memory of anything she did during this time. The amnesia was the most curious and terrifying part of earthquake weather.

The first time I experienced this, I’d come home from school to find my mother, a large, rawboned woman, sharpening the knives and cleavers on a huge stone. Zing! Zing! Zing! Over and over, the sound of the blades ringing, singing their strangely beautiful blade-song.

She told me about a month later, that my father had walked out on us. There was something in her eyes—in her expression—that made me feel uncomfortable, even nervous, about pressing the issue.

I remember my older sister and my mother having a huge argument, shortly after. I was too young to really understand. My sister, after all, was nearly ten years older than me. I remember her screaming, accusing my mother of murdering our father and threatening to go to the police. I curled up on my bed, clamped my pillow over my head, and tuned it out.
I awoke, hours later; the house silent. I went to my sister’s room, but she wasn’t there. I made my way downstairs to find my mother cleaning the kitchen. I asked, “Mummy? Where’s Bridgette?”

She whirled and there was something stark and terrifying in her gaze. “She’s packed a bag and run off to boarding school!”

I knew this was a lie. The trains and buses wouldn’t be running this late at night, she hadn’t come upstairs to pack, and she hadn’t come in to say goodbye. I also had an instinctual knowing that I’d better play stupid, if I wanted to stay alive.

The next day, on my way home from school, I picked a handful of yellow wildflowers and gave them to her. She pulled me onto her lap, although I was 12 years old, and told me what a good boy I was, rubbing my back, petting my hair, rubbing my thighs… Her hand drew perilously close to my personal area, but I squirmed a little, and patting me on the backside, she said in an oddly husky voice, “Off you go, then. Go have a nice bath, and I’ll get supper on the table.”

I closed the bathroom door, thoroughly confused, embarrassed, aroused, and ashamed, all at once. I ran the bathwater, then sank underwater for as long as I could. I sat up and finished my bath.

As I was toweling myself dry, I heard voices from downstairs, so I dressed hurriedly. I entered the living room just in time to see a dozen police officers in the kitchen and entryway. My mother was being led out in handcuffs, and I saw a detective with a clear plastic evidence bag, through which I could see a small, slender hand, severed at the wrist. Another officer was asking me questions, but I couldn’t hear anything but a strange roaring in my ears like the ocean or a jet engine. I ran down the front steps screaming, “Migraines! She’s got migraines! It’s earthquake weather, and it’s just not her fault!”

Frank Weeden is based in California and is a writer of short fiction and poetry. He is a combat vet and was an army medic for six years. He is a member of MENSA, holds an Associate’s of Science in Surgical Technology, and is a member of the National Technical Honor Society. His writing has been featured in Glimmer Train and in a number of other places. 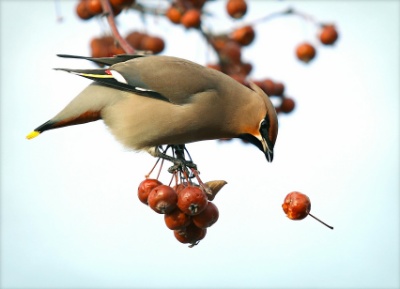 November 18, 2020
Check Also
Close
Interested in Poetry? Click the image below to join our poetry community for critique and support.