“It’s the missing girl from Facebook. Sure is. I see her coming and going out of the housedown the road. I had to get my glasses to make sure.”

“Tell me your name and address.”

“What’s the address for the missing girl?”

“I don’t know all the house numbers, but it’s three down from mine on the other side of the street.”

“I see and do you know the name of the missing girl? Where is she missing from?”

“I don’t know. I just know she looks just like that girl on Facebook they keep posting.”

“Who is posting the missing girl?”

“I don’t know. I just keep scrolling and seeing her over and over. Plain looking. Stringy brown hair. Space between her front teeth. Freckles. Cute, just plain. Looks country in the outfit, not a city girl.”

“I can send an officer over there to check. He may want to interview you.”

“That’s fine. I knew something was going on in the house. There’s a van over there with tinted windows. That’s how they get them, you know. Pull up to next to their car or their friends’ cars. Slide that door open, give them drugs and pull them into the van. Next thing you know, they are addicted to drugs, getting raped from drug dealers and pimps.”

“Have you seen or heard of that sort of activity over there?”

“No, but the van comes and goes. Saw her going in the house and saw her coming out and getting in the van with a man. Looks like a pimp. Then they came back a few hours later and there was another girl going in with them. I think that blonde one has worked her way up. She probably doesn’t want to help them steal other girls. Just threatened with being killed or forced to help to keep the drugs coming.”

“Thank you for the information, Ms. Davis. How do you know how sex trafficking works?”

“I saw that on a police show once and in a movie. Both had the same kind of story.”

“The officer should be almost there.”

“Okay, I’ll keep a look out. There’s the car. He doesn’t have his lights on.”

“Well, he’s just investigating. He’ll call for back-up if he needs it.”

“Okay, I see him on the porch. They’re opening the door for him. He’s going in.”

“Well, thanks again, Ms. Davis. Do you live alone?”

“No, my son is living in the basement. I don’t see him much since he got out of prison.”

“I don’t know, but I picked him up when he got out and let him come home. Probably shouldn’t have. He was such a good boy when he was little. I don’t know what happened.”

“Does he treat you well?”

“Yes, he treats me well, but I don’t know about others. Sometimes, I hear things, but I think he’s just watching crazy TV shows in the basement.”

“Well, I think I’ll get the officer to come over and check on you.”

“That would be nice and then he can give me an update on that missing girl.”

Once they disconnected, Hilda continue to watch from the kitchen window and saw the officer get in his car, sit for a few minutes and pull away. He pulled next to the curb in front of Hilda’s and she met him at the door and asked if the girl was the one posted on Facebook. The officer told her it wasn’t and Hilda seemed disappointed.

“She probably looks like her,” the officer said, “but the lady’s son is visiting with his two daughters. They’re from out West.”

“Is that your son’s van with dark windows in the back?”

“Yes, it is. I told him I don’t like him parking out back, coming and going at all hours from the basement door.”

“I imagine he is still sleeping in the basement. He doesn’t start making noises until after lunch. Usually I tap on the door if I need him and he comes up the steps. I can’t do the steps anymore. Do you want me to tap on the door?”

“Okay,” she said and walked down the hall, the officer close behind. She tapped on the door several times, and they could hear the footsteps on the stairs. The officer drew his pistol and
when the door opened, the son saw the officer and said, “Don’t shoot.”

He turned around and the officer cuffed him, made him sit on the floor of the hallway. The officer turned on the basement lights where he discovered a young girl tied to a bed, the same young girl who had been missing for a couple of months and who’d been snatched in broad daylight from the Wal-Mart parking
lot.

The officer radioed for back-up, and when the officer came back up the stairs, Hilda told him he’d been a good boy when he was little, that she didn’t know what happened.

Niles Reddick is author of the Pulitzer nominated novel ‘Drifting too far from the Shore’, two collections ‘Reading the Coffee Grounds’ and ‘Road Kill Art and Other Oddities’, and a novella ‘Lead Me Home’. His work has been featured in eleven collections and in over two hundred literary magazines including The Saturday Evening Post, PIF, New Reader Magazine, Forth Magazine, Cheap Pop, With Painted Words, among many others.

The Letter - by Henry Hatchet 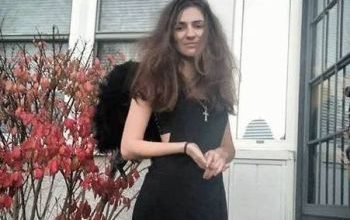 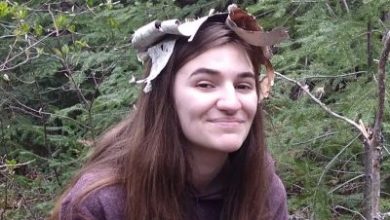 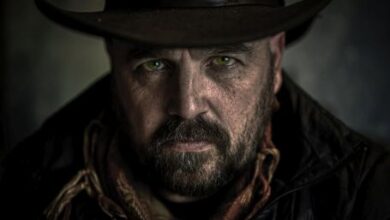 February 5, 2020
Check Also
Close
Interested in writing? Click the image below to join our community for critique and support.