Scanning closest surfaces first, Mike finds his gloves on the desktop, left from yesterday. Eyes jumping from floor lump to floor lump, he scoops up his robe. Power bar from top drawer, one tap of the smart tap, into the chair he goes, simultaneously slurping the world’s premier morning beverage, MaxxStaX. One headshake and the day begins.

Mike scans the rolling calendar, fixing on the 26th, knowing he’ll have to settle-up with Dean after Micro Mike makes the Full Route roll for six months.

He wonders if he’ll ever acclimate to this surreal audio. He taps one gloved finger on the desktop and runs through the base level menus, tightening his focus with each pass of the visual constructs displayed on his optical-response headgear. Reviewed and proposed actions selected, he reaches for his cup. One drink later Micro Mike clears his throat, “Micro Role commence. Tap in.”

Judge Rogers stares at the twitching defendant in disbelief.

“Mr. Tolbert, I’m reading a letter provided by your counsel. Do you know what this letter says?”

“Yes, sir.” Mike steadies himself, standing as straight and still as he can, head slightly lowered, but meeting directly the demanding eyes drilling through him.

A finger from somewhere points emphatically to the bottom of the letter as it turns in the Judge’s grip. “Are you aware of the quantity and caliber of signatures affixed to this letter?”

“Under this agreement you will leave this courtroom in the custody of a representative of an experimental joint task between an international entity and our federal government. You will remain in their service until restitution and court costs are recovered, at which time you will return to this court. You will demonstrate consistent dedication to eradicating the driving force that landed you before this body.

You are the initial diversion program candidate recommendation, and will, in large part, be responsible for the success or failure of said program.

Do I need to remind you of how many eyes are on you, Mr. Tolbert?”

Mike summarizes the new success, taps out and places his gloves on the desktop.

“Hey, Allie. Any concerns with checking results after dropping one minute?”

Dropping his robe and settling into a comfortable recline, he readies himself for the predictable. Allie’s voice recedes.

Mudpuppy reads everything from cereal boxes to academic research. Exploring ideas in somewhat unconventional ways, this author embraces the challenges inherent to short form writing and invites each reader to spend a few moments with imaginings that tend to linger. 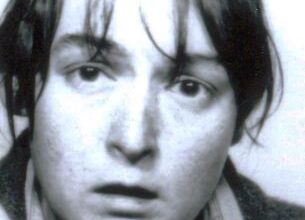 March 8, 2015
Check Also
Close
Interested in writing? Click the image below to join our community for critique and support.