She faded away so slowly that it took a long time for the people closest to her to realise. And by the time they did, Savannah was just a hollow echo of the person she once was.

There are many reasons why people change themselves. Wanting to be accepted, or to be in control. Wanting to be seen, heard, or maybe even ignored. For Savannah, she just wanted to be beautiful, so she could feel loved. She craved the validation of others like nothing else.

All her life she had watched while the people around her were adored, praised and raised on a pedestal. Each one of her closest friends was tall, slim and beautiful, and constantly told so. But to Savannah, she was the odd one out. Short, at 5’4, she had always seen herself as extraordinarily ordinary. Her potato-like nose accented what she defined as an ‘unmemorable face’. She loathed her frizzy, mouse brown hair and punished it every day with the hot iron of her straightener.

However, it was not Savannah’s hair, nor her face that she detested most. What kept her up at night, what consumed her every thought and what made her feel nauseous, was her body.

She had always been on the softer, rounder side. As a child it was seen as cute baby fat, and she didn’t think twice about it. But now as a teenager, the way you looked suddenly became of grave importance, and it had become something that made Savannah feel like a failure.

Her body was something she hid away under layers of baggy clothing, often opting to sit in a far corner of the library, where nobody could look at her. There she could escape into the world of one of her beloved books, and be someone that people loved and admired. She could be beautiful, even just for a little while.

It didn’t matter that she got A’s in all her subjects, volunteered in every community service project her school offered, sung in the choir or acted in the school plays. All that mattered was how she wasn’t good enough. Yet.

It’s hard to know what finally pushed her over the edge. There were so many drops that led to her eventual spillage.

Whether it was the comment from that boy in ninth grade who didn’t want to be partnered with ‘chubs’ in PE, the obsessed conversations her friends would have over their ‘body goals’, or the disappointed look her grandma gave her while stating: ‘you’ve grown,’ when she came over one Sunday afternoon.

Whatever it was, that summer before tenth grade started, Savannah began to slowly empty herself of everything she was.

She started by skipping meals, claiming to her trying mother that she had eaten earlier. Followed 154 different fitness Instagram pages, and applied every bit of ‘fitspo’ they endowed.

“Nothing tastes as good as skinny feels,” became her new mantra.

No more sugar. No more carbs. No more fat.

She stopped going out with friends. It gave her anxiety to have to explain why she wouldn’t order a meal. She stopped singing. Why sing when she could instead be exercising? She even stopped reading. After all, ‘sedentary behaviour leads to weight gain’ had been emphasised on one of the many Instagram pages she followed.

Savannah became a prisoner to the voice in her head and obeyed its ever-growing demands.

She made excuses. Stated that she was too tired, or had a headache, or a virus. Whatever worked to keep people out. It was easier that way. And Lynn, her warm, caring, and lovingly naïve mother, allowed Savannah her space. She just wanted her daughter to be happy. Eating healthier and exercising was a good thing after all, right?

Days, weeks, months passed. School started back, but Savannah didn’t. That voice would get so much louder, abusing her for sitting for so long. Gripping her with anxiety at lunchtime. How could she focus on algebra when she could instead be using that time to burn another three hundred calories? It was better to just not go.

But she couldn’t understand it. Why wasn’t she beautiful yet? It had been months. And sure, her body had changed a bit. But she was still so big. So fat. So ugly.

Standing in front of the mirror, she poked and prodded at her naked body. “Disgusting,” the voice told her maliciously, and the word echoed around the walls of her dizzy head. Overwhelmed and anxious, she ran to the toilet and purged. The tightening in her chest loosened its grip and allowed her to breathe once more.

That afternoon, when her mother got home from work, she called for Savannah.

Savannah’s heart raced. She knew her mum was going to question her, and that was an experience more painful than any purge. Couldn’t she just leave her alone?

Savannah fought through her disordered brain to make herself appear like she was together, and feign the illusion of composure. She couldn’t reveal the inner turmoil, hate and despair boiling within. The burning desire to do a thousand push-ups (because she hadn’t worked up the courage to purge that day) had to wait, for the moment.

“I am just worried about you. You are barely eating. You are missing so much school,” Lynn said.

Don’t let her in, the voice in her head ordered.

“I haven’t seen you pick up a book in months.”

“I’ve been reading in my room, for more peace and quiet.”

“You never see your friends anymore.”

“I have been chatting to my friends online. It’s fine. You worry too much.”

Savannah was shocked at how easily the lies flew off her tongue.

Somewhat mollified, Lynn let her daughter go. A moment that would haunt her incessantly.

Feet pounding the pavement, shins aching, Savannah felt sick. She was so lost, utterly confused. Was this really what she wanted? She was exhausted from the constant abuse the voice in her head gave her. It had become like an obsessive and controlling friend that she couldn’t help but please, even though the relationship was toxic.

What was it like to feel happy? To hug your mum and not be afraid she would feel your bones? To have friends that you laughed with? To eat when you’re hungry?

Tears streaming down her face, she ran harder, despite the pain in her frail body and the sharp aching in her chest. This was the only way she could feel now.

Hopelessness overcame her. The sadistic voice in her head had possessed her, and now she was stuck, drowning, no lifeline. Slowly sinking into an abyss that would free her from this darkness forever. That was all she could hope for now; sweet release from her endless suffering.

Lynn sat beside her daughter under the harsh fluorescent lights ominously present in any hospital. She felt an anguish nobody should ever have to experience. A mother and her child. An unthinkable situation. This is not where she thought she would be 16 years ago, holding the frail, skeletal hand of her dying child.

Her mind was a mess after receiving a lecture from the doctor. He spoke to her like she was a child, each patronising word biting at her composure. His words pounded in her head like the worst possible hangover.

Through her tears, Lynn’s heart was in two. Was she a bad parent? Had she missed the signs? She knew something was wrong, but had thought Savannah was just experiencing the typical teenage struggle. Hadn’t she too, gone through a phase of insecurity? Where she tried a few diets and changed the way she dressed? Lynn knew she should have tried harder to get through to Savannah, to make her eat with the family. But surely if she had she seen Savannah’s mangled body under the piles of clothes she wore, she would have acted differently. She would have gotten her help. Wouldn’t she?

But it didn’t matter. Lynn knew deep down that she failed her daughter.

She walked to Savannah’s bed, and ran her hand across her daughters sunken and obtuse face. Her broken heart bled for her broken child. Lynn’s mind was plagued with the same one thought; why?

It was then that she noticed the notebook on the table, with ‘SAVANNAH’S DIARY, KEEP OUT!!’ scrawled across the front. Lynn opened the sky blue book to the bookmarked page, and was shocked to find her name printed in bold across the top.

A deep sob broke out of Lynn’s throat like a lioness from a cage, ugly and loud and raw with pain.

Izzy Burns is a 20 year old student of the University of Melbourne. She is completing a Bachelor of Arts, majoring in philosophy and potentially minoring in creative writing! Izzy is a passionate advocate of human and animal rights, and a strong supporter of the body positive movement after going through an eating disorder, which is what this story is based on. She loves to write, draw, play sports, go for hikes, do yoga, read and sing. She works part-time as a nanny and fitness instructor, and so leads a very busy life! 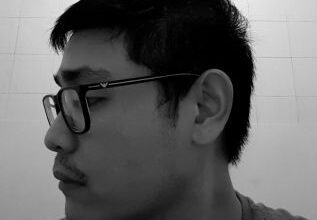 December 1, 2016
Check Also
Close
Interested in writing? Click the image below to join our community for critique and support.