He stands on the precipice in the darkness: watching…

The night sky in the east brightens with a faint subtlety that only the keenest observers would notice. As the predawn marches across the sky toward the west, it robs the stars of their power and one by one they slowly disappear. The evening star is the last to go, like a drunk at an all-nighter, persevering begrudgingly until the last possible moment. Yet, even Venus cannot refute the insurmountable power of the dawning sun so it fades away with grace.

Our star, seemingly rested for the entire night and impatient to reign supreme, hurls the first rays of sunlight at the bellies of the fleecy, white clouds, painting them a golden, flaming orange. Next, the olive-green canopies of the tallest of gum trees light up with invigorating, life-giving sunshine. The precious morning dew steams off their leaves. It’s going to be a long, hot day.

He launches himself off the clifftop beating his wings to gain altitude, heading toward the grassy plains in the east. He blinks his triple eyelids and focuses his sharp eyes on the ground, looking for prey. He is the fastest creature on this planet, and the only raptor that strikes its prey with clenched talons, punching well above his weight and size.

He spots a flock of Budgerigars amongst the spinifex grass, eating seeds and small insects. A good omen in these hard times, for these birds migrate towards water, locating soil that will produce the seeds and food they seek.

Suddenly they take to the air; a buzzing flurry of green and yellow wings, tightly flocked together, they dodge and weave as one–they have seen him.

He stoops immediately, folding back his tail and wings, and tucks away his talons. His speed increases fast, incredibly fast. At three-hundred-and-eighty kilometres per hour, he is having trouble breathing, even with his specialised nostrils.

He chooses a single bird at the edge of the flock and aims himself at where it will be in a few short seconds: an instinctive calculation.

At the last moment, he raises his head and extends his fisted talons. He hears the impact and feels it jar his bones. Green feathers hurtle past him. He extends his wings and tail, to wheel about, and stoops again following the lifeless, free-falling parrot, scooping it up just shy of hitting the ground.

He is lucky today. It’s not always this easy. Getting it right every time is impossible. He beats his wings to win elevation, heading toward the cliffs, clutching his prize: a crimson and green faggot of feathers, flesh, and bones.

He sees his mate-for-life take to the air as he approaches. She is larger than him, a true royal beauty, glistening with health.

At first, they fly together, side by side, celebrating his victory. Abruptly, she pivots and calls, turning over beneath him: flying upside-down. Her feet touch his, ever so gently, and he surrenders his prize to her, in spite of his hunger. Her talons grip the precious bundle, and she inverts herself, heading straight for their nest and their incessantly hungry chicks.

She calls to him again, spurring him on, so he turns toward the plains, beating his wings to gain altitude. He’ll have to catch larger prey if he hopes to appease his hunger. Climbing higher and higher toward the morning sun, he wheels about putting the fiery orb behind him.

An eerie greyness envelops him. He looks down and sees paramedics working on his human body.

“Twenty minutes and he’s still unresponsive,” the paramedic says, glancing at her watch. “I’m declaring him life extinct. Time is 0621.”

He beats his wings furiously and the greyness fades away. Bathed in sunshine again, he circles and scans the grassy plain searching for prey. 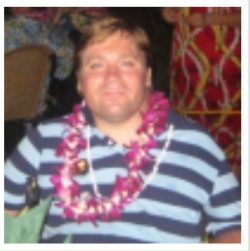 December 21, 2017
Check Also
Close
Interested in writing? Click the image below to join our community for critique and support.