Our next WF Author interview is with author and poet, Oliver Buckle, or fondly known to WF members as Olly Buckle. Olly has been a member of the WritingForums.com community since 2007 and has served as a moderator, mentor, chief mentor and now patron. I was born in 1944 in North London into a family of teachers, my father taught biology, my mother English in various forms, and French. My maternal grandmother was also a teacher, as were six of her seven siblings, the other was a vicar. Most of them had children who became teachers. As teenagers I remember my brother, who later became a teacher, and I counting 21 blood relations who were teachers, and most of them were married to teachers. I rebelled against this, and probably missed my natural profession, spending my life doing all sorts of different jobs.

What inspired you to write, A Read For The Train? What is the book about?

I will handle these two together. I was writing a novel, ‘The Nelson Garvey home for the elderly’, still to be finished, but in between kept having ideas for short stories. One day I looked at them and thought ‘There are enough of these for a collection’, so I added a few pieces of verse, and Bob’s your uncle., ‘A Read for the train’.

On the other hand, the one that grasps at the word ‘inspired’, the short stories were inspired by many different things. Some I had from saying ‘But what if? ‘, some by objects; as an exercise I described something, and it went on from there, or I read a book about an ancient craft, and it fitted into a simple story I had in my head about different communities. Another way an exercise has inspired stories is that I have come across a couple of stories, one from Herodotus, one from Kipling, whose form struck me, and I set about retelling them as a way of becoming more intimate with their structure. A little embarrassing when Escorial sent me a pm praising ‘The lion’ from my website, a straight steal from ‘Plain tales from the hills’, obviously a man who knows quality when he sees it.

What importance do you place on cover design and why? Do you think that the cover plays an important part in the buying process? Who designed your cover? Did you follow the traditional publishing route or self publish?

Importance is relative, the cover must play an important part for the potential buyer, apart from the opinions it will be his main source of information. It is important to the author if he wants to sell books. My aim was simply to publish and have a book. My friend who works with computers helped me with the layout and took the train image from a free source on the web, I suggested we make it red and white in similar proportions to the old fashioned Penguin books. The whole thing was done very quickly, and is probably far from ideal, but it is the content I was concerned with.

For these reasons I followed the self publish route, not to say it is the best for everyone, but the simplest for my needs.

What is your view on authors using social media to market their books?

Good on ‘em, I mention mine on my face book page from time to time, both my friends commented on it, and I gave them copies, I am writing this on word, emoticons won’t copy, the literal should imagine a smiley.

What importance do you place on authors having their own website?

I have one, oliverbuckle.com, there is a link in my signature. Great, perfect prompt, do I give you the envelope now or later, oops, sorry, damn voice recognition, you edit it, I’m a twentieth century man. I m not great with computers, but a friend who is a bit of a fan built it for me and helped me record loads of stuff for it, we put a counter on it a few weeks ago when it was almost complete, and it is getting about two hundred hits a week, so a great way of getting my work seen.

Do you work to an outline, or do you just let an idea evolve?

I have never laid out a formal outline, I have worked out and used someone else’s outline, as I mentioned above. There is often an outline in my head, sometimes quite developed. When that is the case there is usually something missing, quite often I find that is to be found in some quite different partial outline and the two merge. Sometimes I do a lot in my head, then writing it down makes the ideas particular and precise, and that leads to them evolving. Other times I have a basic idea and write bits and pieces which fit into it. Writing is a difficult process to describe, but it seems natural doing it.

A rotten question, there are lots of good authors, in all sorts of different spheres, and I have learned lots by reading them, but what makes a good author doesn’t necessarily make a good mentor, so I am going to say ‘Milton Erickson’. He was a hypnotherapist, and wrote a book called “And my voice will go with you”. Everybody who met Erikson felt that their life was changed by the experience,. People who had been treated by him would live normal lives for years, then, experiencing some unexpected disaster, they ‘heard his voice’, saying things they had paid no attention to before, his voice had gone with them. Some people are very special, he was, it shines through the pages of the book, and his magic was worked with words, I would love to do that.

What book are you reading now?

‘Everyday life of the pagan Celts’, ‘Watching the English”, ‘The map that changed the world’, and very slowly with intervals between them ‘The Penguin book of modern speeches’.

It is not always non-fiction, but I have just had a fantasy fiction blow out, and read Niel Gaiman’s ‘Neverwhere’ and Ben Aaranovitch’s (I think that’s right) ‘Rivers of London’ in about four days. They are both good, but ‘Rivers of London’ is excellent.

As an experienced writer and poet, if you could offer three tips to new writers what would they be?

– Treat it seriously, but expect nothing.
– Ultimately it is you it must satisfy, but don’t disregard the opinions of others getting there.
– If it is so good you have to write it right now, make a note and do it later.

I have not been too well lately, so serious writing has gone out of the window a bit and I have been a dilettante round the forum, there is the novel, about the feistiest bunch of pensioners ever, a rewrite I am doing of someone else’s story, he tells a great tale, but is ‘challenged’ in writing. Then there are a couple of outlines I am developing, one on the basis of ‘What if James Bond’s real life counterpart retired?’ the other on ‘What it a Pentecostal preacher became telepathic and got a conscience?’.

If you could have dinner with five authors/poets, dead or alive, who would they be and why?

There are plenty of others whose writing I enjoy, but I’m not sure about their company.
If I have to have all five at once please can I have a different bunch of writers, from the forum. My problem then would be picking only five, there are so many here it would be great to meet in person and spend an evening with.

Many of our members say they experience the dreaded ‘writers’ block’. Have you experienced this and if so, how do you overcome it?

I go away and do something else for a bit, then I have an idea and forget I have it …

How do you develop your characters?

Slowly and deliberately, then I get them to act out of character like real people, that’s said ironically, but there is a grain of truth in it. Real people are surprising, why shouldn’t fictional ones be?

If you could be a part of any one story you wrote, which one would you choose and why?

There is a part of me in most of my stories, even if I only get a bit part, probably ‘A family business’, I do like a cheerful deviant. The bit of me that is in that one by the way is the invention of the wave machine, I built it and it really works, to learn more you will have to buy ‘A Read for the Train’

Where can people buy, A Read for the Train, and in what formats is it available?

From LuLu, it is on Amazon, but they take more than half my profit as their cut. I use the profit when I do sell books to send one to a library, I am about a quarter of the way through the list of UK libraries I took from the web, so if you are poor and want to read it your local library should be able to access it through the library exchange system. It has always been more about being read than being rich or famous, not that I would object, but I get on quite well without.

If you are going to use Amazon there is the member’s BookStore of course, some fine reads in there.

The final comments are yours

My first real attempt at writing came when a Japanese friend who is a singer did my horoscope for me. ‘You are the perfect person to write songs for me’ he told me on reading it. Then I broke my leg in a motorcycle accident, twice, and developed Wegeners. It was obvious I was not going to be so physically active anymore, I decided I had better have some mental activity and got more involved, that was about ten years ago. I have written songs, poems, fiction, and non-fiction. My main fault is getting the concept fully worked out and then not getting round to finishing writing it down because I am carried away by some new idea. I have at least one real fan, a lovely lady who was once PA to ‘Take that’, she says she likes reading everything I write as my ‘voice’ seems so easy and natural, you wouldn’t believe how much pleasure that gave me.

My website is www.oliverbuckle.com, and I am Oliver Buckle on facebook, it is an unusual name it seems.

If you have any questions for Olly, please don’t hesitate to ask! 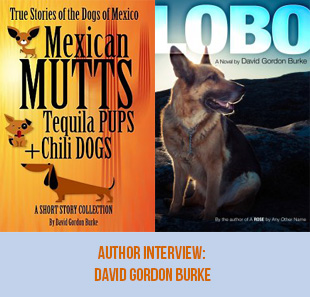 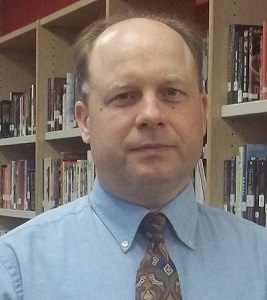 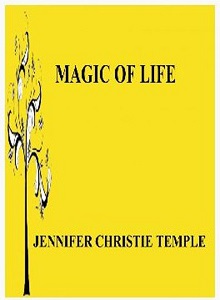 August 19, 2019
Check Also
Close
Interested in writing? Click the image below to join our community for critique and support.