winner of the March 2018 LM Challenge “Locked Inside”

The flap closed above her like a happy success, but she worried. Wet paper towels did not make a good cushion. Her legs were tight to her chest. She could barely cover her ears. Mrs. Weber might not be able to find her. This was not the right be-safe-place.

What would happen if she did not finish the picture of the T-tree? The green was done, but Wendy had the brown crayon. Sicily was good at waiting her turn. Mother did not like finishing work at home. “You need to finish when Mrs. Weber says. If she says on the eleven before lunch, you need to know when the nine is. That will help you be done in the right way.”

Sicily tried not to raise her hand on the six, but she could not wait. It took a long time for Mrs. Weber to give her the hurry-back-necklace. She gripped it tight and walked very fast – no running in the long hallway, ever.

“Soap. Bubble, bubble, bubble. Sparkle, sparkle, dry.” She smiled the smile of knowing. That was a good song to sing everywhere. It was the song of clean hands, happy hands. Fire crackers echoed before the paper towel fell into the trash. Sicily listened.

The stall door was hard to close. The loud sounds made Sicily worry more. She held the metal and climbed up. She put her feet just where Mrs. Weber’s smiley stickers were. She sat on the flat part of the shiny metal pole. She put her hands over her ears and tried to be the quiet bird: quiet, quiet, never heard.

Where is a good nest for Mrs. Weber’s quiet birds? Sicily looked at the big door, but the loud was behind it. Sicily climbed the two-step and looked out the window. There was a big tree. She wished for a big nest in that big tree. She pushed on the window. It did not move out.

Where is a good nest for Mrs. Weber’s quiet birds? Sicily looked at the cabinet under the sinks. One, two, three, four doors she counted. The special doors were for bubbles and papers and other grownup things. She pulled on the first door, but it did not open. Down the row of doors, she pulled.

Sicily climbed the two-step and pushed the flap on the trash can big-as-her. She raised her foot and put it in. This is not the right quiet bird nest, she said to herself as the loud sounds got louder. Squish down into the new nest quiet bird. Sicily wished for her table friends. Wendy, Triss and Shawtel would not cry. They would know the right answer. Wendy would be done with the brown crayon. She was good at sharing.

Closing her eyes very tight, Sicily tried to remember the right quiet bird words. Ollie-all-come-free? That didn’t seem right. Fly-away-fly-away-home? That was a bug song for sure. She wished her buddy was here. They could help each other get the right words. Was Wendy in a be-safe-place? Was she a quiet bird, too?

Percy Anton reads everything from cereal boxes to academic research. Exploring ideas in somewhat unconventional ways, this author embraces the challenges inherent to short form writing and invites each reader to spend a few moments with imaginings that tend to linger. 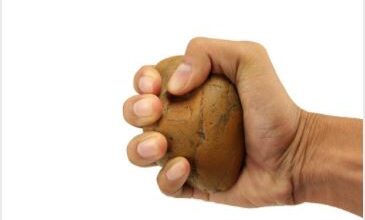 October 10, 2019
Check Also
Close
Interested in writing? Click the image below to join our community for critique and support.