Winner of “Writer of the Month July 2017” challenge

A princess stood upon a bridge above a small stream eating a piece of fruit and crying. Her tears were so great that before long the small stream had become a raging river. The river, flowing at considerable speed had left its banks and was flooding the valley. No matter how hard she tried she could not stop her crying.

Meanwhile, downstream the townspeople received word of the coming flood and began preparing for the disaster by placing items up off of the floor, moving livestock to higher ground and attempting to build a barricade along the banks of the river.

The mayor frantically sent word for Sir Thomas, a local hero and all around handsome guy.

“Thomas, as you know, the town is about to be flooded and there has been no rain in the area. Please ride north and find the cause and see if you can put a stop to it—our future depends on you.”

With that, Thomas mounted his steed and headed north as fast as he could ride. Arriving at the Kingdom he spied the Princess on the bridge crying.

“Your Highness, why is it that you cry so?”

“Oh kind sir, alas, I have no answer for you as I know not why I cry.”

He approached the blonde haired girl and thought she was the most beautiful woman he had ever seen. Her skin was as fair as a spring morning and her eyes of the bluest skies. How could she possibly be so sad as to cry a raging river? He prepared himself to console her but the closer he got, the clearer the picture became.

“Fair princess, that fruit of which you eat is an onion.”

“Indeed an onion, fresh from the royal garden. My first one and it is delicious.”

“Would you mind allowing me a taste?”

“Why no, kind sir.” She handed him the onion and instantly her crying ceased.
He tossed the onion far away and said. “You see fair princess it is the onion that makes one cry.”

“You brave man, I am so happy to have finally ceased crying. How can I ever repay you?”

“Well, you could breathe in the other direction.”

“Jack Ivey (Chris Green), from New Jersey, now resides in a small Texas town. Jack has been involved in all genres of creative writing, beginning with original music and lyrics for a garage band he was a member of when he was in Junior High School. Ever since he has expanded his writing to include short stories (also for children), flash fiction and poetry.

His poetry and flash fiction has been published in Dark Eclipse Magazine. One of his short stories, “The Chrysanthemum Moon” has also been published, in a Dark Moon anthology: “Zombies need love, too”. Jack has written over 250 flash fiction stories and has published a book of some, titled: “Into the Valley of my Imagination” 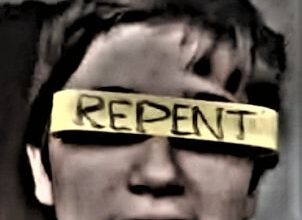 October 29, 2016
Check Also
Close
Interested in writing? Click the image below to join our community for critique and support.