The aneurysm didn’t kill him. A miracle, they said. The road back would be hard, but everyone was amazed that he was even alive.

Rich had suffered from migraines since being hit by a car when he was two years old, the culmination of which began as a trickle of blood from the aneurysm no one knew he had, in his fiftieth year. A leak. Enough of a leak to render him trembling and unable to stand.

I was at work at the time. I met him in the hospital emergency room, and a doctor took me into the hallway and explained the aneurysm and then described the leak. They were going to admit him to ICU and the next day would transfer him to Mayo Clinic in Rochester, Minnesota.

I had never ridden in an ambulance before; it was like a parting of the Red Sea. Traffic moved to the side as we sped through several intersections and traffic lights on our way to the airport.

We were escorted to a small medical transport plane that would take us one state north. My husband was strapped onto a cot; we used headphones to speak and hear each other. I was terrified and tried to focus on the beauty of the farmland below us. We landed and once again were in an ambulance, heading toward Mayo clinic this time. He was admitted and scheduled for surgery the following day.

I stayed in a small room at a shabby bed and breakfast, and was back at the hospital early the next morning. I sat with Rich until they took him to surgery. All I wanted was my husband back. All I wanted was for them to fix him.

Hours later, a surgeon approached me. I couldn’t read his face; didn’t know if the news was good or bad.

“It was close. We had just gotten to the aneurysm, which was in a very difficult spot.” He pointed a finger at his forehead just above his nose to indicate where. “And it burst. Since blood is toxic to the brain, we had to work fast. His heart stopped for a bit, but we got him back.”

With that he turned and walked away.

Rich was in recovery for a long time, but before the day was out, I was able to see him in intensive care. He looked like Frankenstein. Staples. They had used staples to close the wound on his shaved head. He was sleeping peacefully, so I left to spend the night in my mean little place.

Eventually, I had to go back home. My son and his wife had come for me and I remained in a daze the whole way back. For the next two months, I went to work during the week and then spent the weekends in Rochester. A six hour trip each way. Rich was a complete stranger to me. At times he didn’t know who I was and made no sense at all. He wanted to smoke and kept accusing me of having cigarettes in my pocket. Once he actually attacked me, thinking he could get the smokes out of me. Then he thought the cigarettes were being kept in the Sharps box in his room. Medics had to restrain him.

Fast forward several months. Rich was home and I had been told that what I saw, was what I had. He would no longer improve. The man who had been a respected hospital administrator was now unable to make change at McDonalds. His attention to detail was gone. If I cried in his presence, he didn’t noticed.

I was working two jobs; my admin job during the day and then retail at night. On one very late night, on my way home, I was listening to Nat King Cole sing “Smile, though your heart is breaking . . . “ and had to pull over, sobbing my heart out for the losses we had both experienced.

I was exhausted. I missed my husband, missed our life together; his kindness, his loving care. He remained a stranger. He said unkind things with no warning. We were losing our friends because being around him made everyone uncomfortable. His therapist said that I had to show him when he made mistakes, so I became the enemy and he became abusive.

If he left the water running in the bathroom, or the stove on in the kitchen, it was my job to show him what he had done. I had to get up with him in the middle of the night, so he didn’t fall down the stairs on his way to the bathroom. Then one day, he told me he didn’t want to be married anymore.

Fast forward several years. Rich and I had divorced as soon as I felt he was able to live alone. He was finally able to drive, so he worked at delivering Meals on Wheels until he retired. He remained as he was mentally.

We both have a new life now. We no longer live in the same state, but we are never out of touch. We send each other Christmas and birthday cards and he calls me when bad weather is headed my way. He calls me on the anniversary of his second life; when our world flipped over on its end and never righted itself again. When I go back, I always make the time to take him to lunch, to places we used to go when we were dating.

Love never dies. I know this to be true.

Susan Coleman was born and raised in Chicago where, in sixth grade, she was taught by an nun from Ireland who was an inspiration. The nun’s merriment over her written assignments was infectious. Susan was ten years old, and has been writing ever since. A story about this nun resides on her website entitled “My Sister Mary Story.” (www.susancolemanwrites.com)

She studies people, their reactions to events in their lives, how their joy expressed itself and how sadness was often overwhelming. She has taken psychology classes to understand human nature, and tries to recreate these emotions in the stories she writes.

Susan has three publications to her credit:
(1) A story for the now discontinued magazine Dogwood Tales, called “Gone Visiting.” It was inspired by her father, who had been placed in a nursing home. The story is dedicated to him.
(2) An Amazon’s Kindle ebook: “Allegheny Shade.” (2014)
(3) An Amazon’s Kindle ebook: “Surviving Nathan: A Murder Mystery set in the Dust Bowl.” (2017)
SueC is currently working on her third novel, and short stories.

There ARE Monsters In Fairytales..... 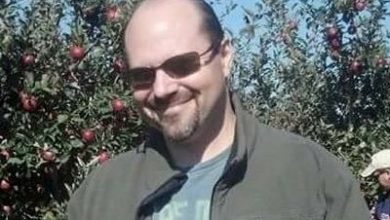 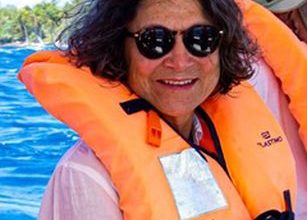