“Ya’ll ask him now, you hear me?” Jeanne was near the door, out of my limited field of view. I had no idea who she was talking to.

“Oh, I don’t know…” It was Carla. Carla was one of the day aids. She was as fragile, colorful, and skittish as an exotic bird. “I just don’t know.”

“Know my ass,” Jeanne said. “I swapped shifts with your bastard husband to put him on this shift, in this wing, so you’re gonna do this… no two ways about that.” I could see them now; Jeanne dragging Carla by her upper arm like a doll made of gaudy pipe-cleaners. Carla looked terrified.

“Good morning, Jeanne,” I said, although the words couldn’t escape past the tiny speck of clotted blood lodged inside my head. “I’m doing just fine.” And I was. I love visits from my ladies.

My life is measured now not by clocks and calendars, but by the comings and goings of the women who tend me. Five days a week Jeanne brings in her clacking bucket and squeaking cart to clean my room. “Good morning, Jeanne,” I say each day. She never hears the words trapped inside my head, but I say them nevertheless. Just as I say, “Good morning, Carmella,” on weekends, and just as I say “Hello, Carla,” and “Nice to see you, Miriam,” and “How are you today, Maggie?” to the nurses and aids who administer my medications, clean my useless body, and carry away my waste during the day and throughout the long, unquiet nights.

They talk to me about small things: the weather, a grandchild’s graduation, a favorite book or movie. And they tell me about things that are not small: the growing lump in Miriam’s breast, the death of a parent, or problems with a husband (Carla’s husband, Brian—a janitor here—beats her, and she often weeps as she cleans my catheter and tells me about his abuse). I am a trusted confidant, and I repay their faith as best I can. My ladies say I ‘Make-Things-Happen’.

Jeanne urged Carla forward. “Dammit! Ask him. It’s Mr. Poulter, girl. You know he can help, but you’ve got to ask.”

So Carla asked. When she was finished, Jeanne handed her tissues to wipe away the tears and snot, and then they left me alone.

There is a crack in the plaster above my bed. When something-needs-to-happen I concentrate on the flaw, mentally probing it, opening it like a tiny doorway between… between what? Universes? Dimensions? Realities? I don’t know. All I do know is, when I focus hard enough—when I reach out and pull—something comes. A… collaborator. And it does my bidding.

“So you’re the famous, Mr. Poulson?” He had big brown eyes, a long, sharp nose, and bad teeth. He didn’t look mean; he looked stupid. But stupid is often mean.

“It’s Poulter, you idiot.” I stared at him. In my peripheral vision the crack above us pulsed; wet and black. “You must be Brian.”

“My stupid, cunt wife says you’re special.” He was leaning over me. I could smell cigarettes, beer, and mint. “I don’t see nothing special about you. You’re just another cucumber in the veggie patch if you ask me.”

“Get on with it, punk. But don’t forget to close the door first.”

“Let’s take a look at Mr. Special.” He folded back my covers. I could feel the cool air on my naked arms and legs; the stroke robbed me of movement, not feeling. “Christ, but ain’t you a skinny old cuke?” He lifted the hem of my johnny and continued, “Whoa! Now that’s messed up. There’s a package ain’t been delivered in a while.”

Dropping the johnny, he said, “Carla says she told you about us, is that so?” He bent closer, like my ladies do when they kiss my forehead. “Bet she didn’t tell you that it’s her own fault, did she? Fuckin-A right she didn’t.” An angry flush tinted his cheeks. “Her. Own. Damned. Fault.”

“Close the DOOR!” An electric needle lanced through my temples. Brian blinked and pulled back.

“Best if we have privacy for this.” He moved out of view and I heard the door whisk shut. “We’ll keep this between us, right?”

While he closed one door, I opened another. I’d been pulling at its edges for hours, spreading it, widening it, making room. My collaborator was ready; a throbbing sack of blackness; a foul embryo in a diseased placenta, invisible to most; hidden behind the membrane separating its reality from ours.

“Now what are we gonna do, old man?” He was back, a savage grin exposing crooked teeth. “Wash your creepy old face?” He spat a thick wad of snot onto my cheek. It felt like a rank slug crawling toward my ear. “Or we could fuck with your catheter. Do you like it when Carla touches it, you old perv? Do you like it when my wife messes with your junk?” A deep, twisting ache rolled up from my groin as he grabbed my balls and twisted. “She do that for you, prick?”

He twisted again, and through the pain I reached out and did some twisting of my own. The membrane tore like wet paper, instantly filling the room with blue-gray dimness and an overwhelming smell of cinnamon and shit.

“What the fu…” The pressure on my balls disappeared as he turned toward the door.

He didn’t look up until it was too late. When he did, the expression on his face was worth the ache lingering in my balls. He started to scream, but a thick, yellow-black tentacle whipped down, cutting off his voice, and most of his face.

“Quid pro quo, asshole,” I said, as my collaborator receded into its portal, dragging Brian’s thrashing body with it. “Quid pro quo.”

My currently available work includes:
The Legacy of Aaron Geist — A tale of friendship, community, and an ancient evil which just won’t stay buried.
Chase — The story of a boy, a dog, and the serial killer threatening them both.
Reflections in a Black Mirror — The reflections in this mirror are sometimes painful, often disturbing, and always unexpected.

Other work by Terry Durbin on Flashes include: 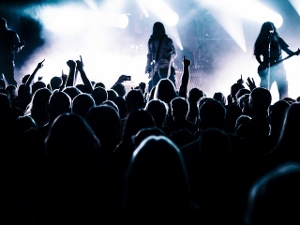 October 8, 2017
Check Also
Close
Interested in writing? Click the image below to join our community for critique and support.