by Terry Durbin
“She always said this place smells of ginger,” the man in the corner booth said as the waitress set a glass of water-with-lemon on the table in front of him. “That’s why she liked it here so much.”

“I know, hon,” She replied. “You want to see a menu?” She knew he would. She already held it in her hand.

“I always told her she smelled like ginger.” He twisted the little slice of lemon, letting its juice dribble over the floating ice. When he was satisfied that he’d gotten as much liquid as he could out of the fruit, he dropped the mangled sliver into the glass and poked it to the bottom with a straw. “Her name was Ginger, you see? So, whatever she smelled like, smelled like Ginger.” His lips bowed in a smile at his own cleverness. “I know it’s stupid, but she thought I was funny.”

“Oh! Of course. Sure.” He slid his water glass to the right. It left a smear of dampness on the polished wood above a paper placemat bearing the café’s sun-and-dragon logo. The fingers of his other hand scratched absently at a long ‘L-shaped’ scar above his left ear.

She put the menu on the placemat. “I’ll just give you a minute to look that over.” Stepping to the next booth, the waitress gathered up plates, utensils, and a six-buck tip left by two cops who ate there every Wednesday. The tip went into her pocket, the dishes to the kitchen.

“Your guy’s here again, huh?” Crystal said, holding the swinging door open as the waitress carried her load in and put it on the counter beside the sink where Tommy Lee was doing dishes. “Let me guess – water-with-lemon, and a menu?”

The waitress took a pre-loaded plate of sesame-chicken out of the refrigerator and popped it into the micro-wave. “Can’t sneak nothin’ past you, can I, Crys?”

“Nope. I’m a damned genius,” the other woman said, watching the man through the clear plastic insert in the door. “Does he ever even look at the menu?”

“Not in the last five years.”

“Not that I remember.”

“I guess it don’t matter none, does it?” Crystal said, shrugging.

“No, it doesn’t.” She fluffed her hair with her fingers as she continued, “Can you cover my tables for a few, Crys?”

“You do.” The micro-wave beeped, so she took the plate out and started to leave the kitchen before stopping to look back. “I appreciate it, Crys. I really do.”

“Yeah. Well, maybe this is the day Bill Gates stops in and falls for me ass-over-appetite.”

“Did you know I was shot once?” He used his fork to pile up the last few grains of rice in the center of his plate, then used his fingers to pick them up and pop them into his mouth.

“Yes I do.” She sipped at her own water.

“It was right here.” He tapped the scar above his ear with the handle of his fork. “My eggs got scrambled, but I made it.” He smiled broadly.

“That’s too bad,” she said, using a paper napkin to dab at her eyes while he used his straw to poke at the lemon corpse buried under the ice at the bottom of his glass.

“Yes it is.” He looked at her then in a strange way. The way someone will sometimes look at a puzzle, or a difficult math problem. He opened his mouth as if to speak, but before he could, Crystal appeared at the booth.

“Hey, Ginger, sorry but Chou is lookin’ for you.”

The man’s eyes brightened. “She always said this place smells of ginger!”

Other work by Terry Durbin on Flashes:

Poetry: The Element of Cain - by Darkkin 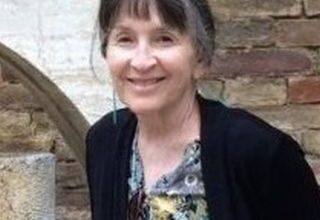 March 31, 2020
Check Also
Close
Interested in writing? Click the image below to join our community for critique and support.