“What eats black holes?” Sophia had asked me all those years ago. Trust a biologist to be so simple minded, but that spark had led us to confront The Beast with some semblance of a plan. I floated to my control panel, my legs tangling uselessly beneath me. Or were they above me? Damn Zero-G.

Some in the media back home had taken to calling it The Beast, although it had variously been called Thanatos, Shiva, even Lucifer. My son called it Galactus, devourer of worlds: did that make me the Silver Surfer?

I was just a kid myself when they discovered it. An invisible stalker of only 2 solar masses, they couldn’t understand why Oort cloud objects where suddenly crashing into the solar system, until it lulled Neptune in and slowly consumed it in a ravenous blaze.

“Get your head in the game,” barked Colonel Hawkes. It was just the three of us in the command module. Technically Sophia was captain, but she was present only as a concession to ESA as the ISS Defiant was their flagship vessel. But Hawkes’s gruffness left no doubt he was in charge. That and the direct line to five presidents.

Over a decade since the first bite and The Beast was still feeding on Neptune, now candescent in its death. It was visible from Earth: a star even in the day sky, promising death.

“I trained for space to look for life, not to help wipe it out from half the galaxy.” Sophia said, checking the bio-spectroscopy data, a cloud on her face.

“Quit your whining. We’re here to save mankind and send this thing to hell. Be thankful you’re part of something greater.” Hawkes fired back.

But I knew how she felt. The ship wasn’t always called the Defiant. It was built to explore bio-signatures discovered several light years away. Sophia had showed me the data: a lay person would just see squiggles on a graph and a cloud of points in multi-dimensional space. But as scientists we were trained to look farther.

As Sophia had said, “It’s too beautiful to be anything but life.”

But then the Beast had appeared and the ISS Demeter was refitted, re-crewed and renamed for an altogether different mission. Her life’s work had been ripped from her; but then the Beast had torn many dreams apart. Even I was regretting having kids, born for nothing but the slaughter. But I had my life’s work in front of me now, and despite the risks we had a chance.

“How’s that laser of yours doing?” Hawkes asked.

“Within optimal parameters.” I said, reading the data.

It turns out virtual particle pairs eat black holes. Technically, black holes eat them: but if the black hole eats only one of the pair, the other particle zipping off into the universe to become real, then conservation laws are broken. The universe is a miserly accountant; to redress the balance it takes mass from the black hole. We’ve known of this Hawking radiation for over a century, but now I was trying to induce it. My plan was to feed it virtual particle pairs by disturbing the Higgs field with precisely calibrated lasers right at the event horizon.

“The flux is too high,” Sophia said, “you’re going to collapse it too much.”

We couldn’t completely collapse The Beast; we weren’t entirely sure what would happen if we did. This wasn’t just cutting-edge physics, but a literal edge to the known universe. The best we could hope for was a gamma ray burst that would fry the Earth and sterilise everything within 30,000 light-years. Instead we were going to shrink it down to the mass of the moon and hope it would drift harmlessly through the solar system.

Sophia was right though, I needed to slow the rate. “Compensating laser power. We can still make it.”

“We can’t do it. We can’t risk destroying all life this side of the galaxy.” Sophia sounded desperate.

“There’s no life but ours,” said Hawkes, “look at it out there – barren as my second wife. We’re here by God’s grace alone.”

“You saw the spectral data,” she directly addressed me, “there’s no way that was created by anything but a complex biosphere.”

“It doesn’t change a thing, either we feed it the virtual shit Doc cooked up or it eats us.” Hawkes said.

“Don’t do it.” Sophia pleaded.

I watched on my screen as the carcass of Neptune swirled to its death. Next to my monitor was a picture of Sarah and David: two and five respectively. No. I couldn’t accept the futility of their existence. I had to take the chance.

“No.” She launched herself towards me, but before I could even react, Hawkes had sprung into the air and caught Sophia in some Zero-G wrestling move, slamming her against a bulkhead, air exploding from her lungs, her body going limp as the fight left her.

The quantum cascade had begun: the point of no return. We could only watch the instruments and hope the flux would stabilise before The Beast got too small. It’s mass was approaching that of the moon and the rate was slowing. But not enough; it continued to shrink until it was lost in a blinding gamma-ray burst. And then the impossible happened. I watched with dread as the veil of the event horizon was stripped away; that point from which light couldn’t even escape, where no thing could see and live to tell.

It violated every physical law; contradicted mathematical theorems. At it’s very birth, billions of years ago, the frequency of its Higgs field was determined by its death. Our decision was written in the stars before our planet even existed. Finally, I knew what it meant to have the abyss stare back at you. It was always for nothing. For nothing.

The last words I ever heard were Sophia’s, “It’s beautiful.”

Nathan Blake is in the final year of a PhD, trying to teach computers to diagnose cancer using a laser, and discovering just how stubborn AI can be. Before moving into science, he was a nurse for 12 years, primarily working in emergency departments, finding out just how silly humans can be. He has also started to teach Tai Chi having practiced various Chinese martial arts for decades, the perfect remedy to both. These various interests converge in his storytelling, where technology meets the human condition and a little arse is kicked. 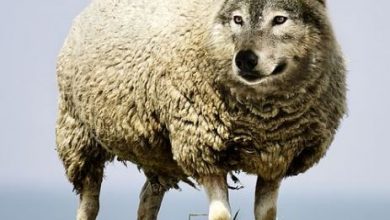 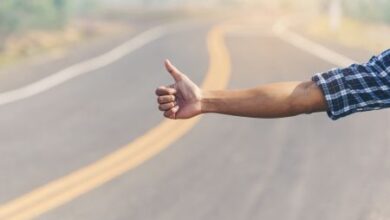 July 21, 2021
Check Also
Close
Interested in writing? Click the image below to join our community for critique and support.